How many times have you asked the question ‘WHY?’ in your entire life?

It is an extremely powerful question. The answer to it will have a huge impact on your perspective about life and society. The question ‘WHY?’ has played a significant role in making me the feminist I am today. 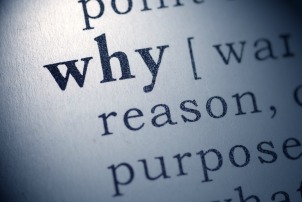 If you’re a woman and had you asked back ‘WHY?’ every single time you were told that you shouldn’t do something, you would have understood how sexist the world is. People often say “Women are weak”. When asked ‘WHY?’, the answer is along these lines: “Men are physically strong. Men are emotionally strong”. Worst of all some people say, “Well, that’s how it has been forever, you can’t change that”. I have questioned these reasons as well.

Me: Why are men considered to be physically strong?

Me: How did you conclude men are muscular?

Society: Because they can lift heavy objects and perform physically menial tasks.

Bottom line: Men are considered to be physically strong because they are well-built and can lift heavy objects. I counter this. If physical size and strength are directly proportional to superiority, does that mean blue whales, elephants and other animals are superior to men? I am pretty sure that not any one man can beat up multiple people at the same time (as it happens in movies). Now tell me: Should men be considered the superior sex just because they can perform physically menial tasks? Also, we shouldn’t forget that there are women who are equally strong as well. I do agree that most women might need strength training or such other effort to become as strong. Still it doesn’t justify the belief that physical strength directly translates to superiority.

Me: Why are men considered to be emotionally strong?

Society: Men do not cry as easily as women and are less emotional.

I counter this. Women are courageous to express emotions disregarding people’s comments. Men do not expose their emotional side afraid of the ridicule. The phrase “Emotionally strong” is grossly misunderstood.

Emotionally strong is not synonymous with hiding emotions.

Rephrasing the above question:

Me: Do you disagree that women are courageous to express their emotions?

Now, moving on to a topic that is pursued sensitive and controversial… RELIGION

In the context of questioning beliefs, it is almost impossible not to touch upon religion. But before I question anything, I have to mention that I am not here to support or oppose any religion. I do not hate any religion as a whole but I do hate the patriarchy in some religions. I know of many festivals in my family religion that are celebrated just to pray for the welfare of the men in the family. In one festival, married women pray that their husbands should be hale and healthy and unmarried women wish for a good husband and pray for the welfare of that “IMAGINARY HUSBAND”. There is another festival in which women pray for the brothers in their family. I particularly hate one festival where married women wish they die before their partners. In all of these festivals the role for the women is to starve without eating and pray for the welfare of the men.

Why does religion bother only about men’s welfare and completely disregards women?

Why is it that women should perform religious festivals at home while they are not allowed to do so in temples? If you’re about to say menstruation cycles as the reason, I wonder if women do not have the same issues while performing festivals or pujas at home. Also this question can be rephrased as: Why should women perform all the pujas at home while men are not expected to do the same?

I agree that in those days, men were the earning members in the family and so these beliefs “might” have made sense. (It has never made sense to me personally.) Nowadays women are working too. In many families I see women taking care of the household and also going to work while men just go to work. When this is the reality, isn’t it unfair that we don’t care much about the wellness of the women in the family?

Why are we still holding on to the old conservative beliefs? Why aren’t we rethinking our beliefs for validity in the current situation?

We cannot change the theory of evolution – women have to put up with the menstrual cycle and pregnancy. But we can change the beliefs. Here are some WHY?s that can help you rethink your beliefs.

Don’t be superstitious. Question every little thing. START WITH ‘WHY?’

Volunteering for a good cause gives complete satisfaction unattainable by any other activity or job. How happy would it be to know that someone is getting food or education because of you? But unfortunately, not many people are able to volunteer because often they have many doubts in their mind and eventually lose motivation to do so. Are you one among them? Are you scared that you might not have time in your busy schedule? Are you scared that your help might not bring about a huge change? Are you trying to do virtual volunteering but are lost on how to do it? Well there is a lot that you can do and bring about a huge change if you are ready to spare even one hour every week or even one month. I am listing below some organizations that have volunteering opportunities.

If you need help getting in touch with any of these organizations for volunteering or if you are not satisfied with any of the above and are looking for something different, please reach out to me and I can direct you to the right source.